Whooping cough is a highly contagious infection of the respiratory system caused by the bacteria B. pertussis. It can cause serious illness in babies younger than six months who aren"t protected by immunization. For the first time in a decade in Orange County, an infant had passed away because of this serious disease.

Though highly-contagious, whooping cough or pertussis is vaccine-preventable and the risks can be easily avoided if we can identify its symptoms at an earlier stage.

How Does Whooping Cough (Pertussis) Spread in Babies?

Whooping cough bacteria, B. pertussis, can spread in babies when they come in close contact with droplets coughed or sneezed out by someone affected with the disease. Babies can also get exposed easily through contact with recently contaminated hard surfaces, like your bedroom floor or a dining table where they crawl while playing.

Upon transmission, the B. pertussis bacteria will thrive in your baby’s respiratory passages where they will produce harmful toxins that cause damage to the tiny hairs (cilia) in the respiratory tract. These tiny hairs are responsible for trapping and sweeping out the unwanted particles that are breathed in, along with the mucus produced in the lungs. When they are damaged, it results in increased inflammation of the respiratory passages and the typical dry cough.

Babies younger than two months are most prone to whooping cough bacteria. However, children less than one year of age should experience somewhat equally severe symptoms.

Signs and Symptoms of Whooping Cough in Babies

As the disease progresses and enters into its later stage, it will start to show its traditional symptoms, which are:

Your doctor will consider three things before advising on treatment.

The different treatment options that your doctor may recommend for your child’s whooping cough are:

Whooping cough is life-threatening for children younger than six months, and that’s why they almost always need hospitalization. In the hospital, children are kept under close observation and given specialized medications. They may need suctioning to clear the airways, oxygen given if required, and Intravenous (IV) fluids will be provided if they are showing signs of dehydration or have difficulty eating.

Children older than six months who are quite unwell also need to stay in the hospital for treatment.

Antibiotics are usually given to shorten the length of the time your child is infectious. However, antibiotics are effective only if they are prescribed in the early stage of illness. Preventive antibiotics are given at a later stage also, but only to stop the spread of infection to others.

In most less severe cases, children are cared for at home after they have been seen by a doctor. If that’s the case with you, follow the schedule for giving antibiotics exactly as your doctor has prescribed. Here are a few tips to help your child recover quickly:

Immunization to Protect Your Child from Whooping Cough

All babies who are of less than six months and haven"t completed their three-dose primary vaccine course (2, 4, and 6 months) are at risk of catching whooping cough. For protecting children under two months of age, maternal vaccination is recommended during pregnancy. Vaccination is recommended to pregnant ladies in their third trimester (at 27-36th week).

See below the CDC’s recommendation of vaccines for people of all ages.

Whooping cough or pertussis is life-threatening for your child, but it can be easily prevented through vaccination. Keep up-to-date on vaccinations and schedule an appointment with your physician if you see any pertussis symptoms in your child. You can also visit our urgent care clinic near you to get your child seen by an experienced physician. 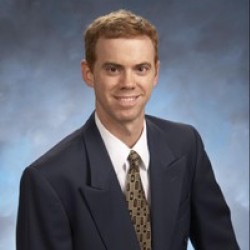