Acute Bronchitis FAQs | Signs & Symptoms and How to Treat it

Signs of Acute Bronchitis and How to Heal It

If you're experiencing an infection or inflammation of the upper chest, you might be suffering from acute bronchitis. If you have the following symptoms or have been diagnosed with acute bronchitis, there are ways to treat it.

Although bronchitis is generally caused by the same family of viruses that also cause colds and flu, it is not a winter-specific condition. Some bacterial infections remain active through spring to summers, exposure to which may cause bronchitis as well. Also, long-term exposure to substances such as dust and fumes, vapors, air pollution, and tobacco smoke that irritate the lungs can also cause bronchitis during summers.

What Are the Symptoms of Bronchitis?

There are several bronchitis symptoms you should watch for, including:

Unfortunately, some cold or flu illnesses may eventually develop into bronchitis and later on into pneumonia and even COPD (Chronic Obstructive Pulmonary Disease), if not checked.

How to Evaluate and Treat Bronchitis?

There is some overlap between bronchitic symptoms, and those of pneumonia -- a more serious infection of the lungs. An urgent care center can help you properly differentiate between the two, as well as to quickly initiate the proper treatment.

Not every a phlegmy cough needs antibiotics, and not all chest infections turn out to be pneumonia. And while only the more serious infections need antibiotics, it can be hard to separate the harmless from the serious without an evaluation.

At our urgent care in Fountain Valley, Irvine, and Costa Mesa, we recommend seeking medical attention for these symptoms relatively early, especially if you have a history of chest infections that worsen rapidly, or are having a fever with any trouble breathing or chest pain.

How Long Does a Cough Last After Bronchitis?

Acute bronchitis often thrives three to four days after a cold or the flu. It may kick-start with a dry cough, then after a few days, the coughing spells may bring up mucus. Most people get over an acute bout of bronchitis in two to three weeks, although the cough can sometimes hang on for four weeks or more.

Is Bronchitis Viral or Bacterial?

Acute bronchitis is common and is usually caused by a virus. Often a person gets acute bronchitis a few days after having an upper respiratory tract infection such as a cold or the flu. Infection with a germ (a bacterial infection) is a less common cause. Sometimes acute bronchitis is caused by bacteria too. Also, as stated above in this blog, dust, fumes, air pollution, and tobacco smoke can also cause bronchitis by damaging your lungs, if exposed to them for a longer-term.

What Causes Acute Bronchitis in Adults?

In many instances a person gets acute bronchitis a few days after having an upper respiratory tract infection such as a cold or the flu. Sometimes acute bronchitis is caused by bacteria. This can also be caused by breathing in things that irritate the bronchial tubes, such as smoke. 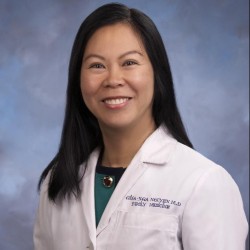